Every new place has its own brand of culture shock, and generally speaking I’d say China’s can be summed up in two categories: personal space and bathrooms.

The personal space thing was crazy, but the shock quickly wore off. We witnessed close encounters–literally, with women hip-checking one another trying to dry their hands in public spaces–and other interactions that would have ended in absolute brawls in the US, but were clearly the norm here, as no one blinked an eye. It took the “elbows out” attitude of Europe to a whole new level. People were generally nice, just with less (way less) of a need for personal space than in other places I’ve been.

Bathrooms… Look, I guess I knew that public bathrooms in China were different, but I just didn’t think about it because the first time someone awkwardly asked if I had brought “tissue” with me, it took more than a second for it to dawn on me what they were talking about… I’ll let you sit with that one.

Also, let’s just say I’ve learned that the height of toilets in the good ol US of A is a privilege that ought not be taken for granted.

All that said, it’s amazing how quickly you get used to things. These little quirks are good reminders that we live in one small part of the world, and not everyone does things exactly like us. Honestly, I really like that. My world isn’t the entire world, and remembering that is refreshing.

We took the high speed train to Xi’an. There is also an overnight option, but according to my recap versus the recap of several friends who have spent time in China over the last several Summers, high speed is the way to go. However, I hear we missed out on quite the experience. We might have made some friends of the poultry variety! Our train was pretty normal, relatively clean, and comfortable. 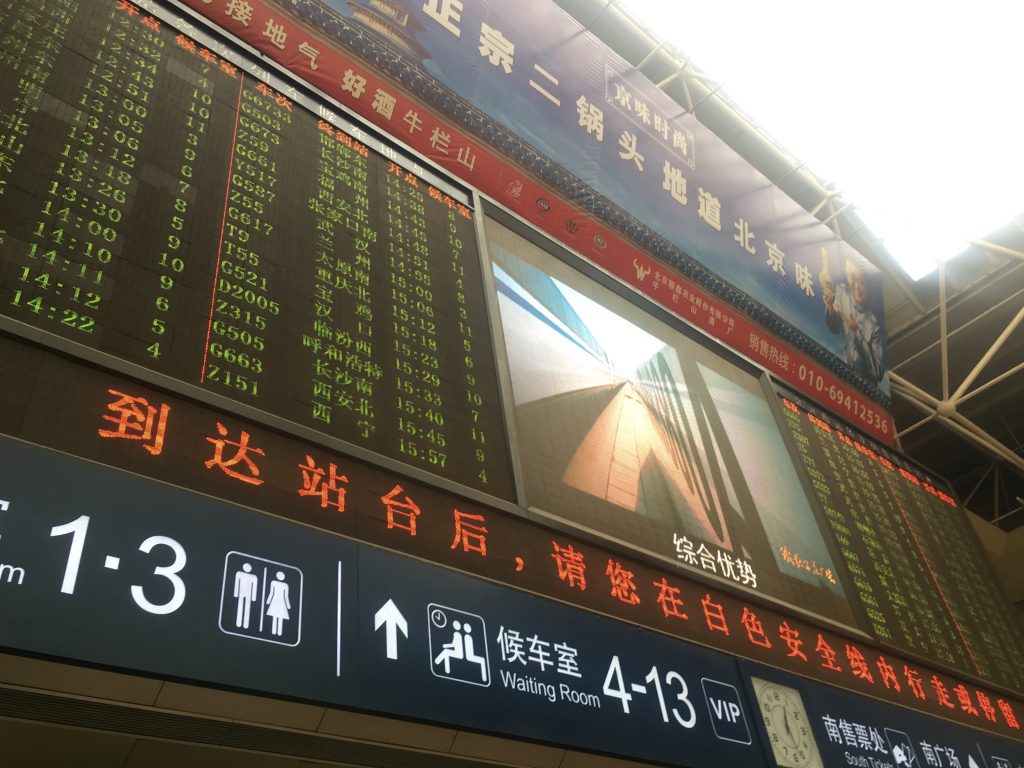 Had to check out McDonalds while we had a translator of course! They had macarons!

All of us were amazed by the construction after we left Beijing. We were at least an hour out of the city and there were still huge clusters of apartment buildings–many empty, so far as we could tell. I can’t even explain how far-reaching the expanse of buildings were, all out in the middle of fields, farm land, and open country. Imagine driving on the interstate through farmland and on the plains in rural areas of the US, then seeing masses of huge, concrete buildings.

This image doesn’t do justice to what I’m describing, but it’s all I got from the middle seat on my iPhone!

When we arrived in Xi’an, it was evening time. Our guide, Ming, met us in the train station, talked to us about the city while we were transported to the hotel, then walked with us to dinner.

We were beat, so that pretty much ended the day!

Ming spent almost all of our time in Xi’an with us. She was incredible. Her English was exceptional and she was so willing to talk about different issues in China, was curious about life in the states, and went out of her way to point out interesting facts, places, and stories that we hadn’t counted on learning about.

The next morning, Ming met us at the hotel and we started our journey to the Terra Cotta Warriors.

We had breakfast (fried rice, vegetables, and cornflakes, naturally) at our hotel, then set off with Ming for the Terra Cotta Warriors about an hour away!

The Warriors are pretty incredible–so expansive, and each unique. They’re part of Emperor Qin Shi Huang’s Mausoleum. The guy went pretty far beyond a headstone and flowers. It’s crazy how many of these soldiers are still uncovered. This place has got to be heaven for archaeologists. I loved seeing a place that had amazed my grandfather so much also, and talking about what had changed since he’d visited, probably ten (ish?) years ago. It blew my mind that these pits of armies–soldiers, horses, chariots–were only discovered in 1974! Farmers were digging a well and happened upon this insane expanse of an army, ready for battle, all made out of terra cotta. Can you imagine?? 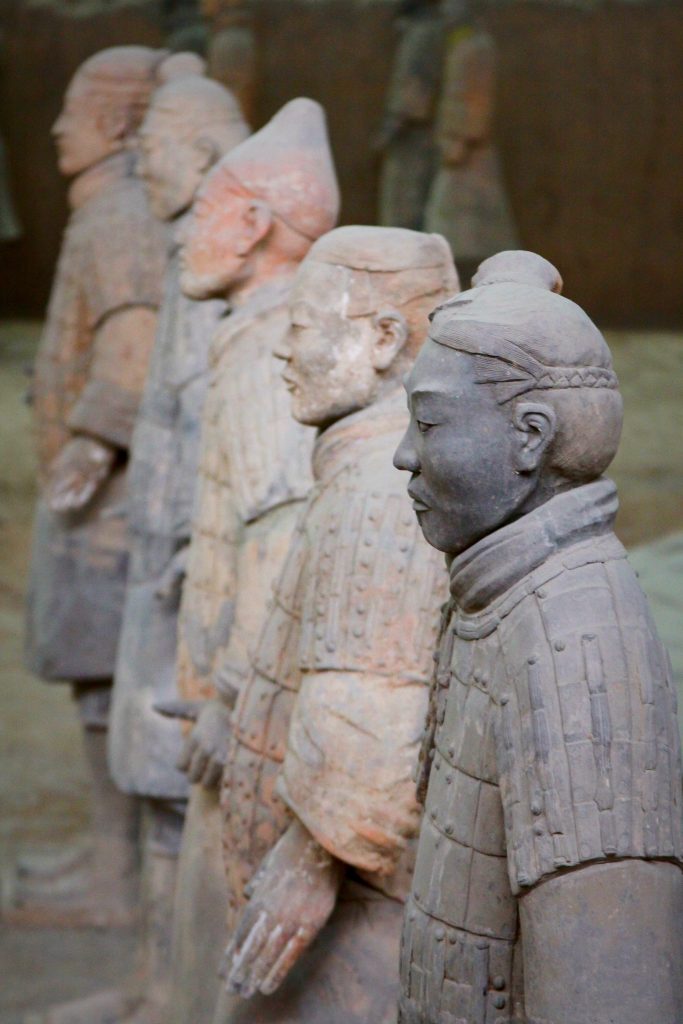 Bear in mind that each statue you see is life size. 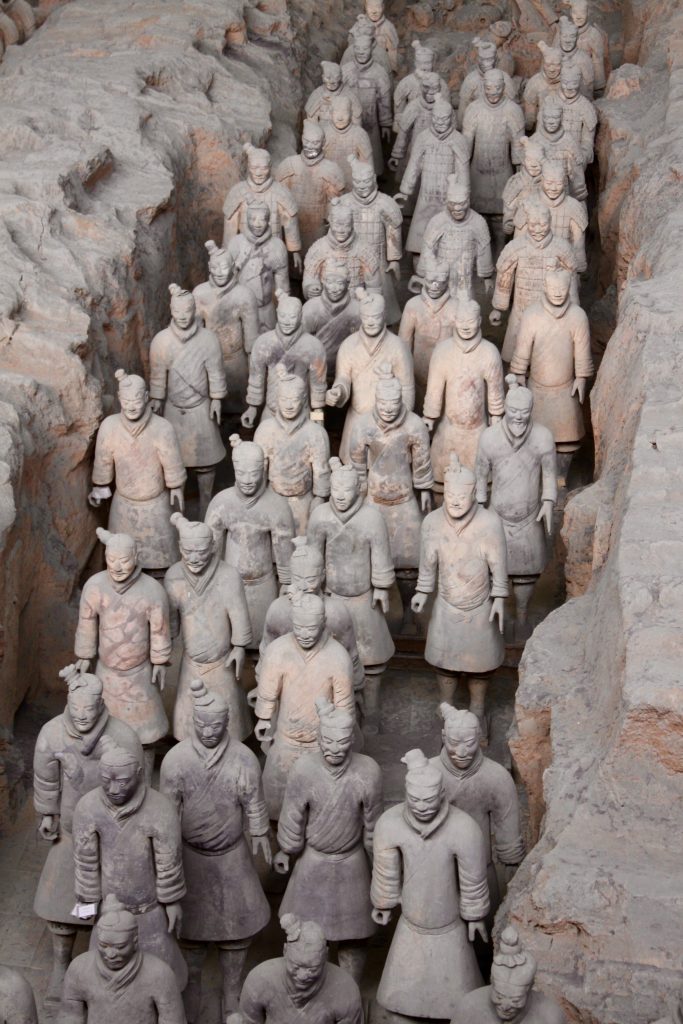 We happened to grab coffee at the site, and our barista poured some latte art. She was so proud when she saw I was taking a picture! This was fun because while the Seattle baristas might be secretly proud, they generally play it pretty cool… 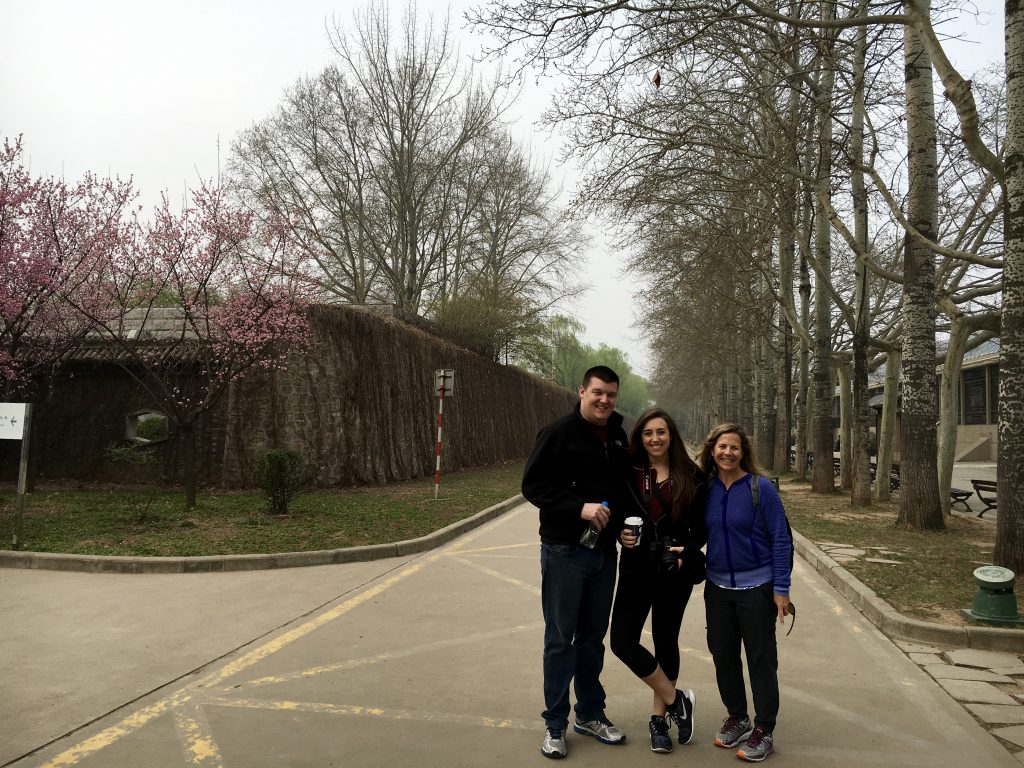 Walking around the grounds, coffee in hand 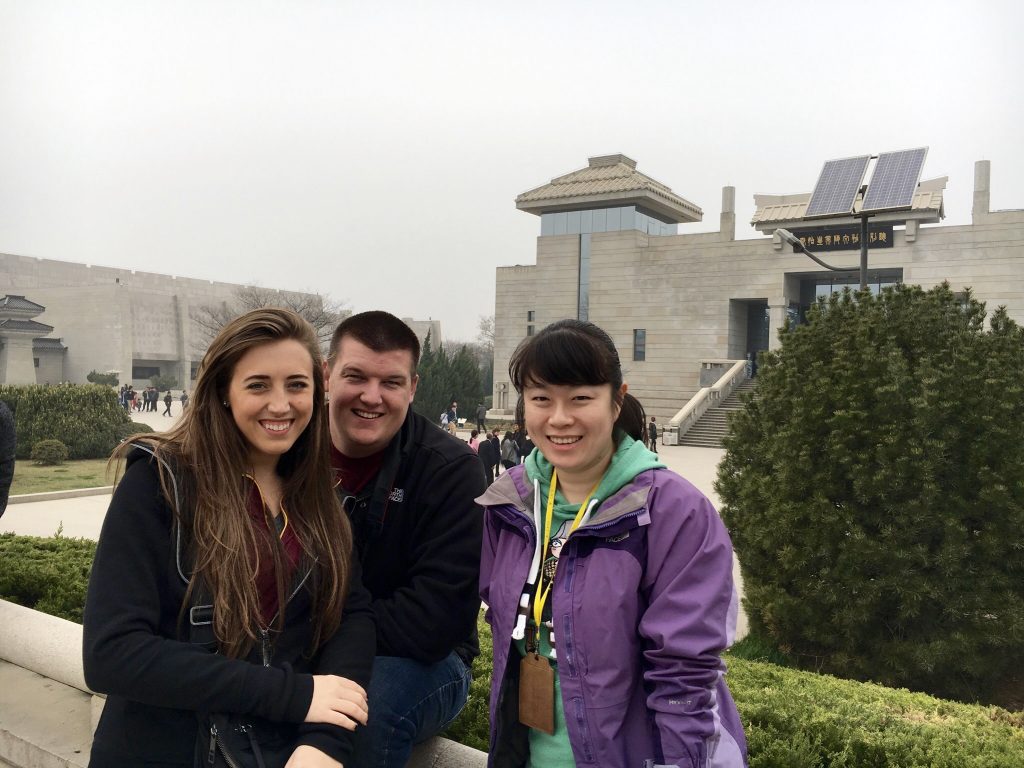 This is Ming, our wonderful guide, with us outside of one of the four main pits of Terra Cotta Warriors. 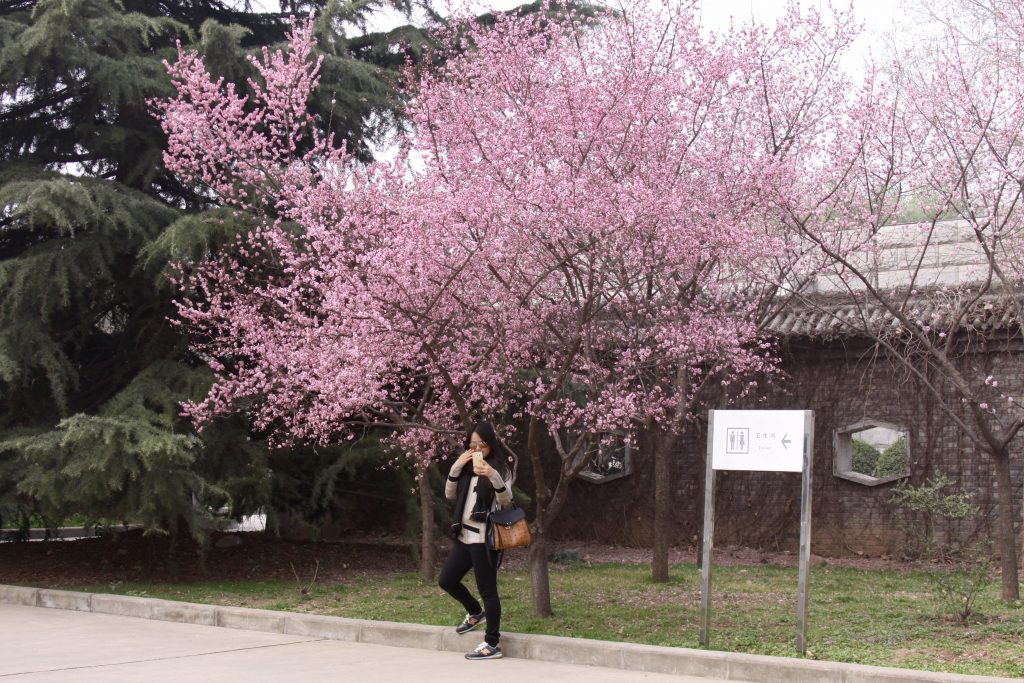 Selfie game in China was STRONG. Homegirl posed for a WHILE. You know that Insta got likes. 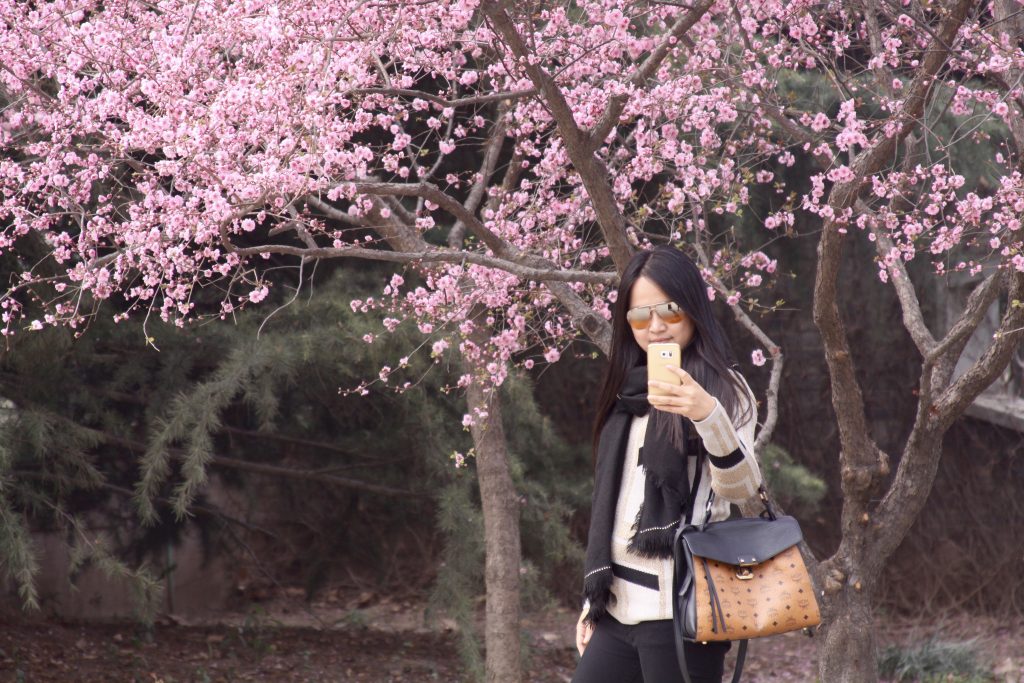 After seeing the warriors, we went to a tea place for a light lunch, and got to experience our first tea ceremony. We came away full, happy, and with some great tea to take home. 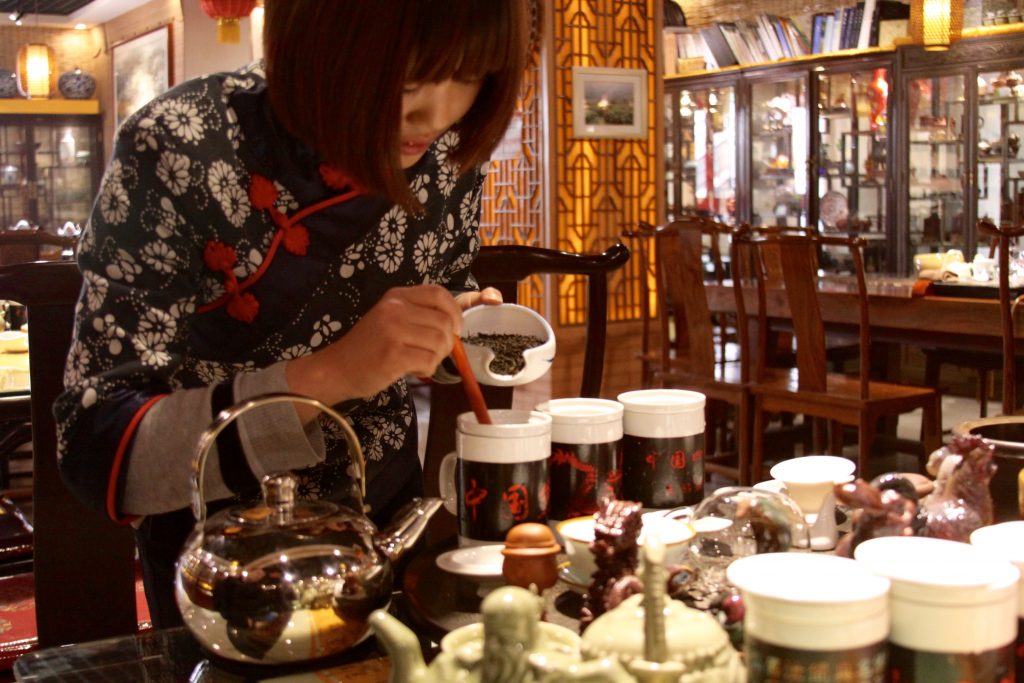 We drove back to the old town of Xi’an and went up on the city walls, where we rode bikes for a couple of hours, making the rounds around the old city. 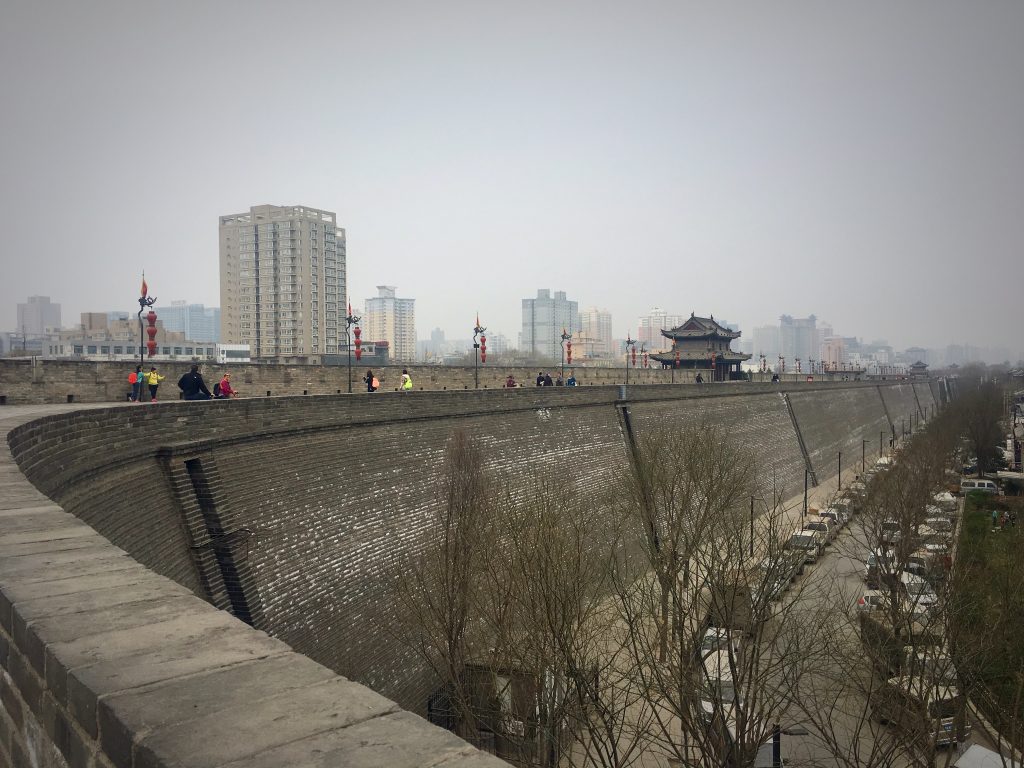 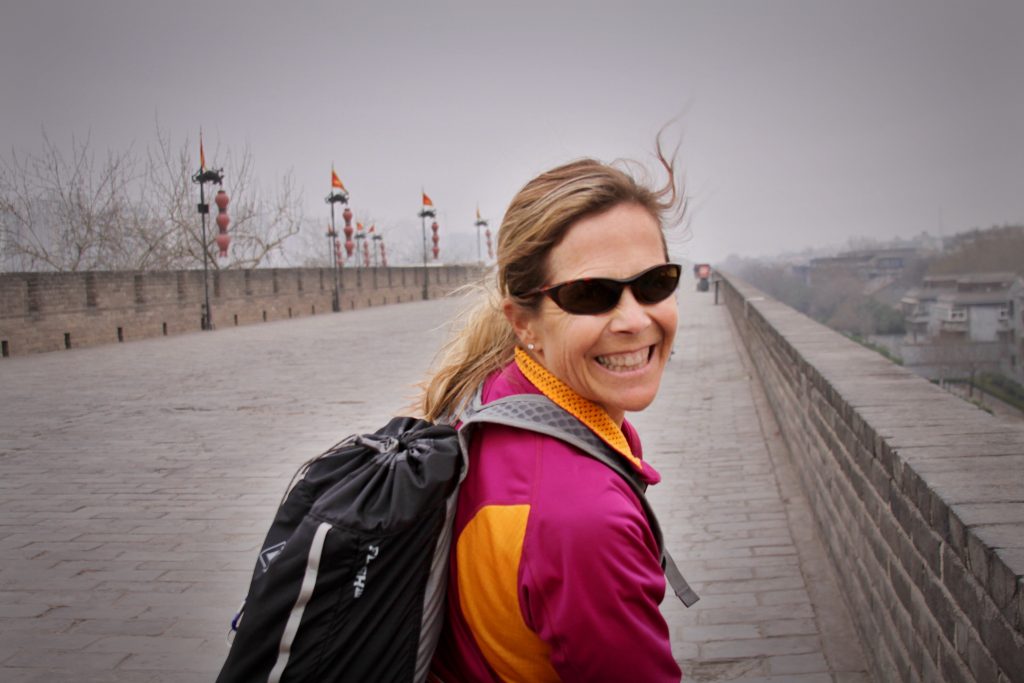 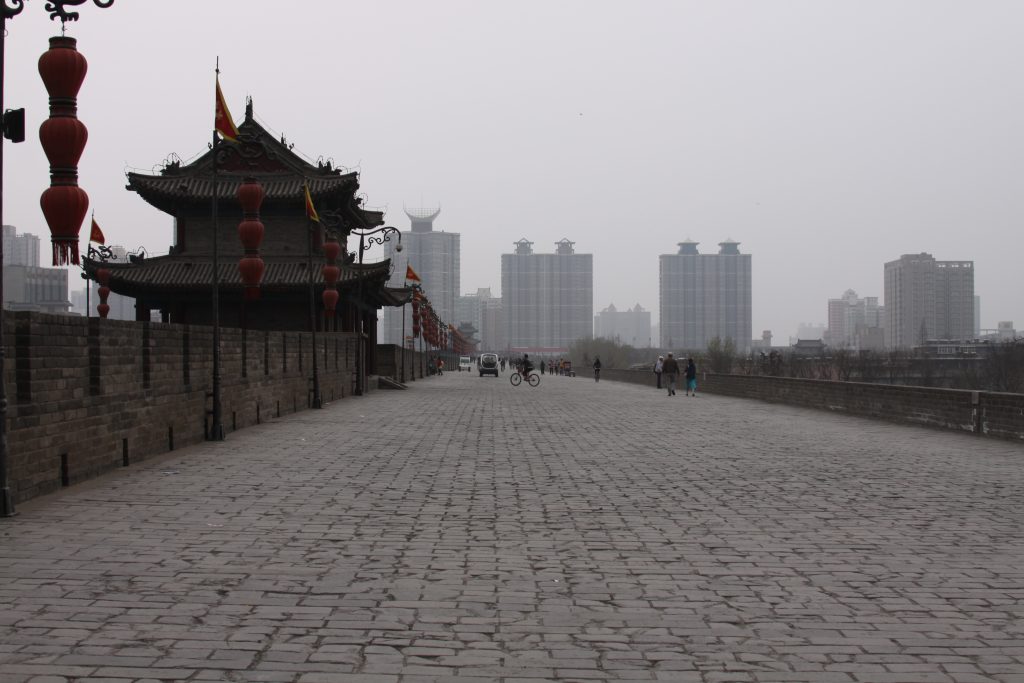 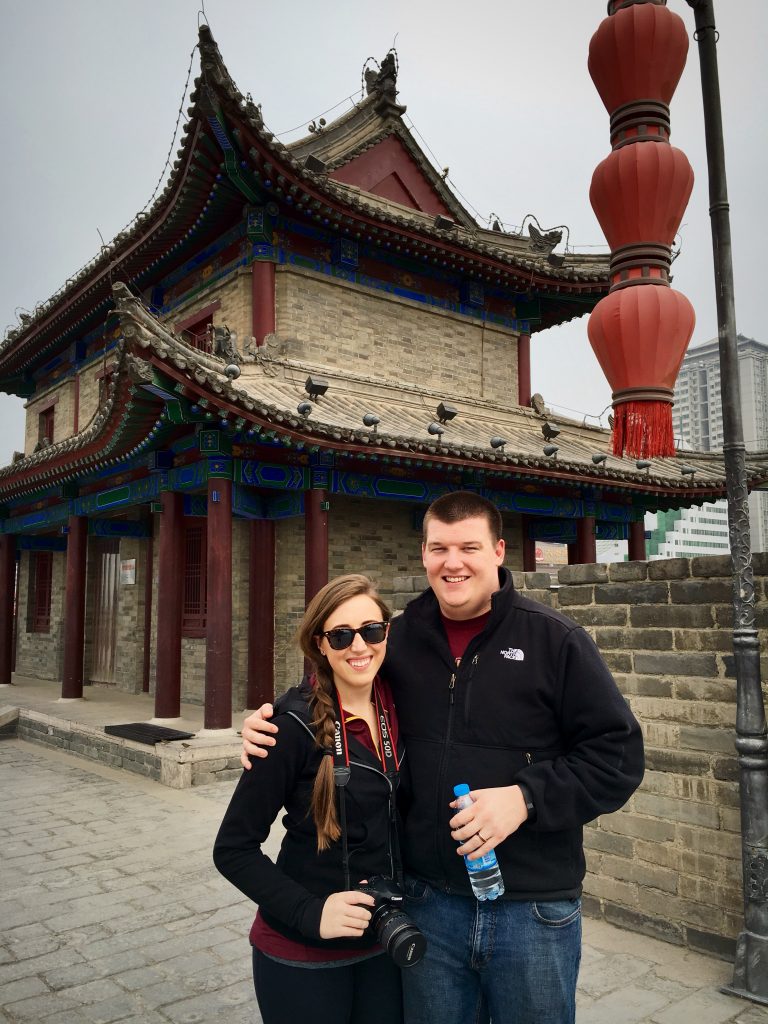 Our final goal for the day was to explore the Muslim quarter. We visited the “Great Mosque”–beautiful, filled with flowers and plants–and walked through the market. There were so many foods, and had we been staying in one place for longer, I think we would have had to brave more of the street foods because so many beyond what we tried looked delicious! We ate at a recommended restaurant with mostly traditional Chinese food, plus what was described as a traditional Muslim soup or stew, with lamb, broth, and a sort of thick, dense pita type bread, which Jon tore apart himself, then gave back to the kitchen to be added to the broth! The food here is absolutely exceptional, and I’m quite certain you could fill a trip exclusively with eating. We also tried plum juice (prune juice, y’all–it was prune juice) and while it was alright, I definitely don’t crave it now that I’m back home, and an orange soda drink that was very popular at this restaurant. Honestly, it was Crush–no different than home, but since I haven’t had a Crush soda since probably 1996, if even then, it was fun for a change. 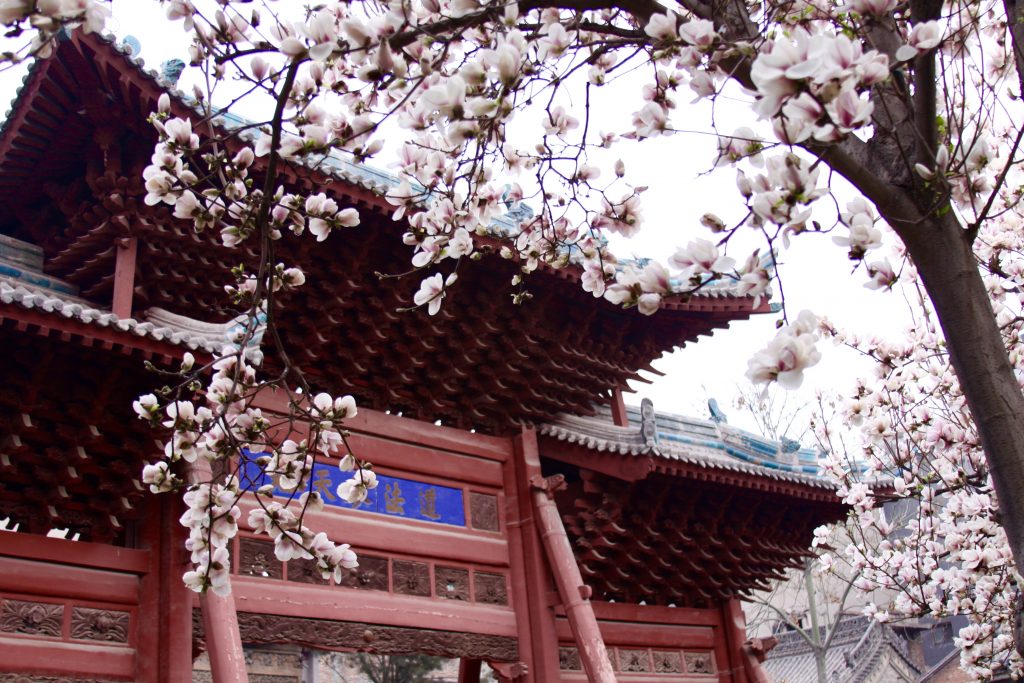 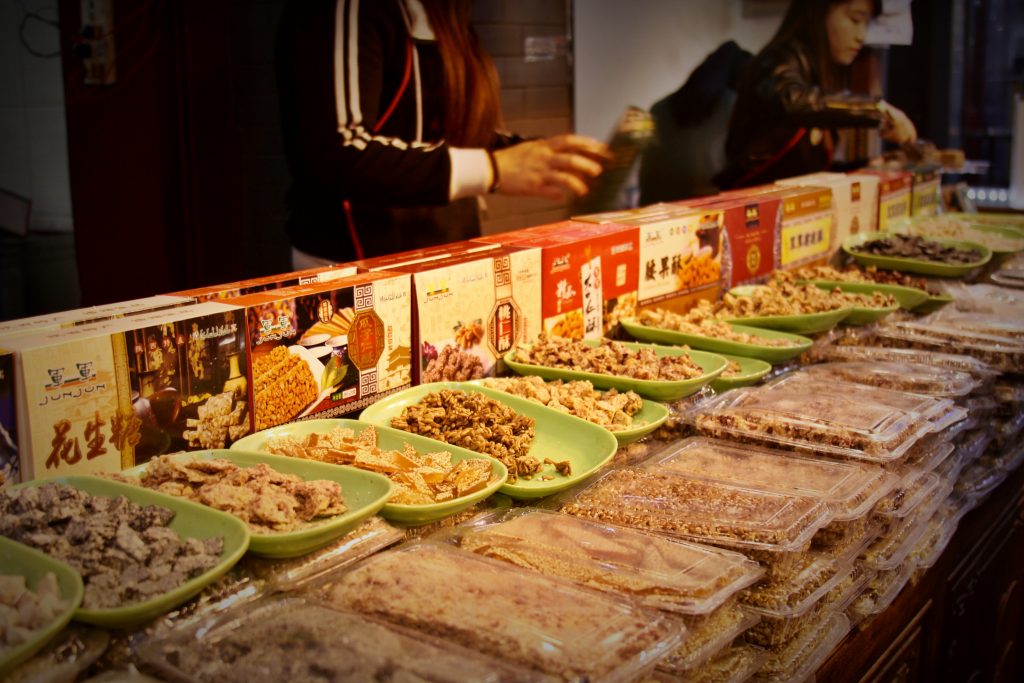 These candies were delicious.

In the morning, we headed straight to the Tomb of Emperor Jing, of the Han Dynasty. Jing was, suffice it to say, less demanding than Emperor Qin. Though Qin might insist he simply had a greater appreciation for sculpture and art… 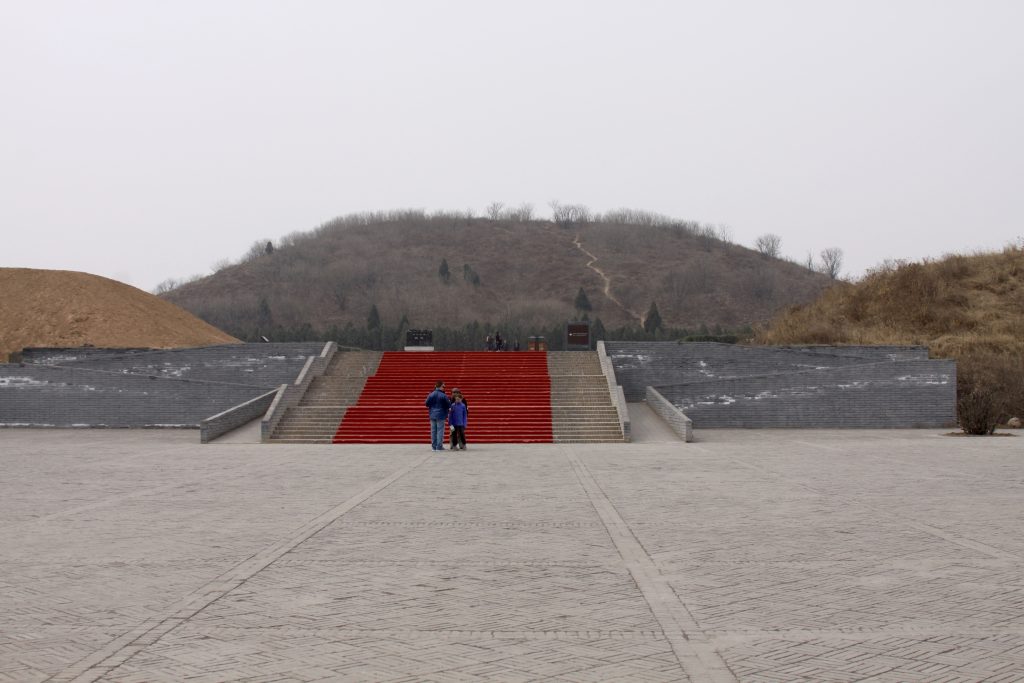 Strangest entrance… the tomb is under this hill. 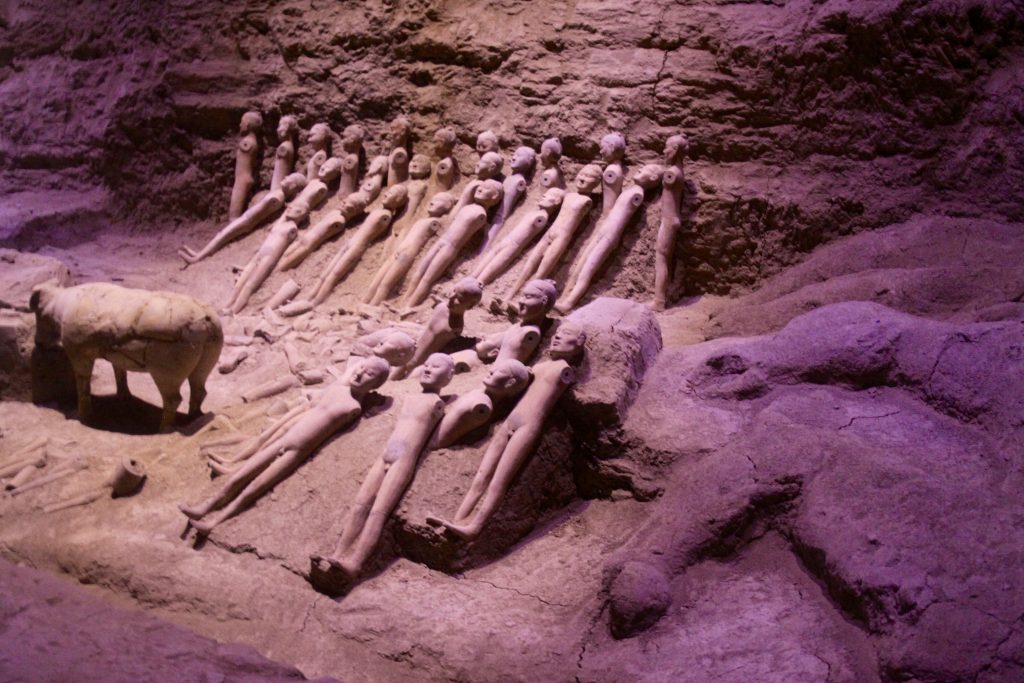 These pits were covered with glass for preservation purposes, so pictures were a bit more difficult. However, for comparison to the Warriors, these statues were each maybe a foot tall. 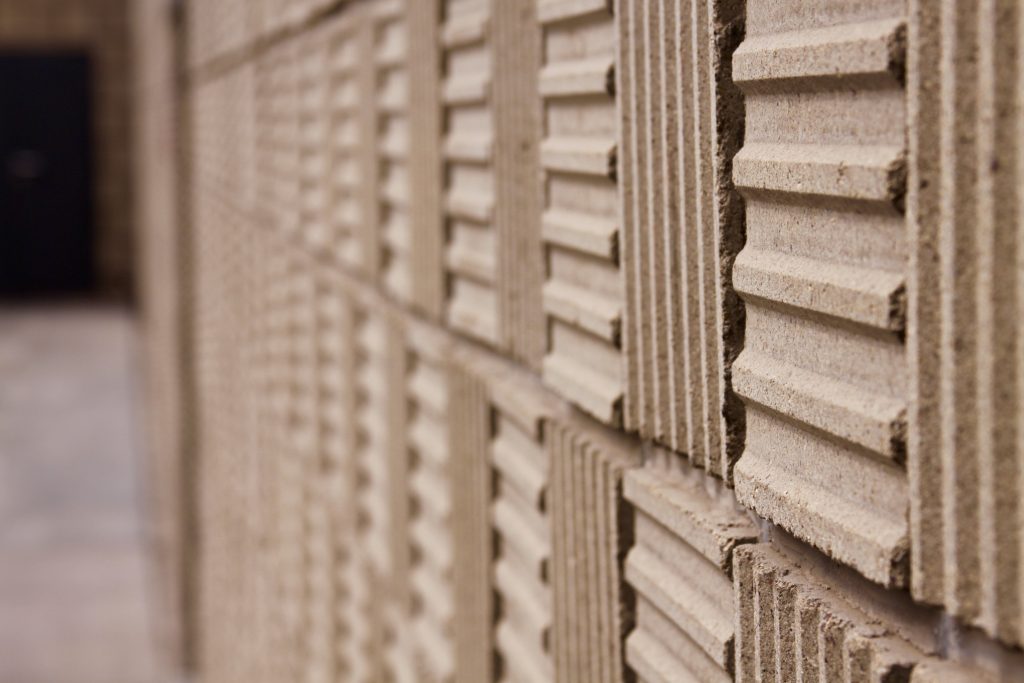 The tomb was essentially a miniature version of the Terra Cotta warriors. This guy apparently didn’t have anywhere near the resources that Qin did, or more accurately, he opted out of taxing the hell out of his people, and dialed back government demands a bit. Our guide was adamant about him being a good guy. If the scope of his tomb is any indication, he was a bit more humble than good ol’ Emperor Qin, but if the internet is to be believed, he wasn’t a particularly warm guy either.

Once we completed our tour, it was off to the Xi’an airport, where we would fly to Guilin and make the two hour drive to Yangshuo!